tickets can be bought on the door or online here: nordicblacktheatre.hoopla.no 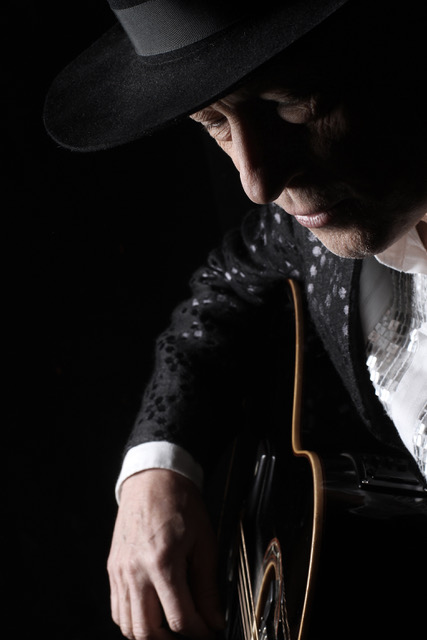 Vlado Kreslin is one of the most influential Slovenian musicians, whose distinctive style combines elements of folk, pop and rock music. He started his career as the lead singer of rock group Martin Krpan, but made an even greater name for himself as a solo artist, focusing much of his creative energy on his musical heritage of Prekmurje, a Slovene region bordering Hungary. He has been referred to as an ethno-revivalist for his modernization of Slovenian folk songs. Modern Slovenian rock bands such as Siddharta have worked with him.He has also performed with R.E.M., the Dubliners, Allan Taylor, among others. Many of his songs and poems have been the basis for books and films.

“I had heard the music of Vlado Kreslin and found it marvelous, a magic fusion of so many Mitteleuropean motifs that put me in mind of everything from the films of Emir Kusturica to the novels of Bohumil Hrabal … So much great modern art and writing has risen out of the polyglot world of central Europe… I realize that Kreslin’s music is entirely of his own world, and yet enlarged that world to include anyone who wished to be a part of it.” (Richard Flanagan, Australian writer and director, best-selling author of Gould’s Book of Fish)