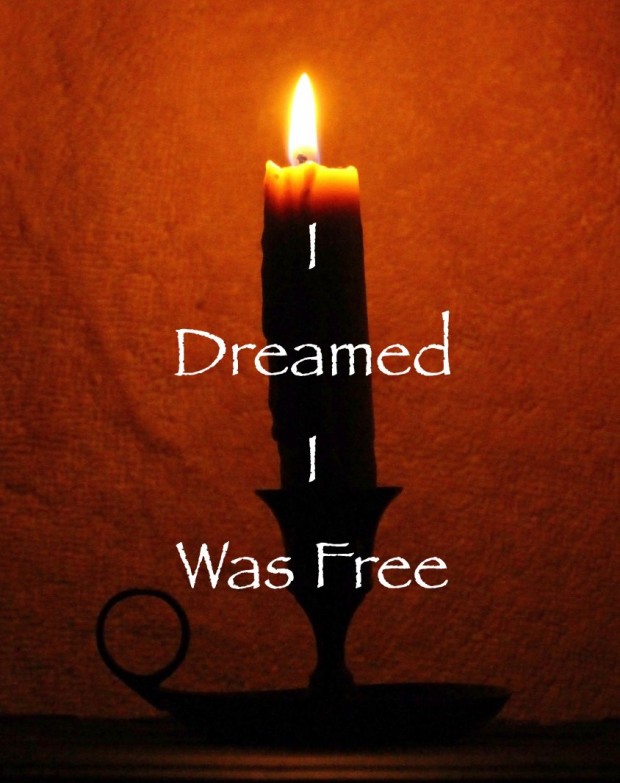 I Dreamed I Was Free is New York City dramatist Rich Swingle’s critically acclaimed one-man play about John Woolman, who spoke out against slavery over a century before the American Civil War. The play has received positive reviews from newspapers and magazines around the world.

As playwright, Rich has constructed events in the play which symbolize incidents, ideas and the strong Christian convictions from Woolman’s life. The result is a compelling plot, focused on Woolman’s turbulent youth, which makes the play relevant to teens as well as adults, building toward the historical decision by the Philadelphia Yearly Meeting of 1759 to take a step toward liberating their slaves. The issues raised by the play are electrifying, challenging audience members of all ages not to settle for what our culture declares to be the norm, challenging them not to let the curse of racism fall upon the next generation.

A Hot Seat will follow in which Rich will stay in character, answering questions that arise for any of the dozen characters in the play. This can be as powerful as the play itself, allowing audience members to explore the themes that stirred them.

The play was selected to be a part of The New York City PRICE OF LIFE INVITATIONAL, a city-wide, campus-based campaign sponsored by over 75 diverse organizations addressing human trafficking in all its forms. It was the largest human trafficking awareness campaign in the history of New York City. The play was also featured at the John Woolman Forum at George Fox University and had two runs in the Lamb’s Little Theatre, an Off-Broadway house.

[I Dreamed I Was Free] was exciting and provocative.
-Peter Lewis
«Rich recollection of Quaker ‘hooligan'»
Hexham Courant, England

Rich Swingle, playwright and actor, brings excellent stage presence and physical exuberance to his performance of the one-person play, A Clear Leading. … (Swingle) is a master of a large variety of voices and dialects, switching characters with hats and other minimal props to pull off a well-paced and provocative drama, even when he is the only actor on stage.
-Wayne Copenhaver
«A Clear Leading: A One-person play about John Woolman»
Quaker Life

This intriguing piece, derived from Woolman’s diary, portrays Woolman from teenager to older man (he died at 52 of smallpox while visiting England on an anti-slavery tour).

Obviously very sincere in matters of religion, Swingle hasn’t let matters of devotion get in the way of creating an entertaining, interesting, and moving theatre piece. He played Woolman as an older man and as a 19-year-old, as well as portraying his boss, Michael Worthington, two slaves, and a slaveowner and former chum, Amos Elkins. In the course of the play, Woolman develops from callow youth to thoughtful and independent adult. The presence of the other characters gives Woolman something to develop against, as, for instance, when one slave dies, unburdening himself most frankly against white slaveowners, under his care. Woolman’s character is shown warts and all, and his life becomes a process of slowly getting rid of those warts and starting his own ministry.

None of this would have worked were Swingle not an extremely competent actor, able to bring all these characters to life with a minimum of props, a couple of set pieces, and authentic-looking costume.

Two notes that made the production especially interesting were a minute of Quaker worship during intermission (no one had a clear leading* and spoke up, though) and a question-and-answer session by John Woolman — that is, Swingle still in character — after the show.
—John Chatterton
Off-Off Broadway Review

*The play was titled A Clear Leading at the time of this review.

Rich Swingle is an award winning actor, who has performed and/or taught on five continents, in 29 nations and in hundreds of venues, mostly with a dozen one-man plays he has written or helped develop and in about 30 films. www.RichDrama.com/Bio

forestillingen er på engelsk / the performance is in English