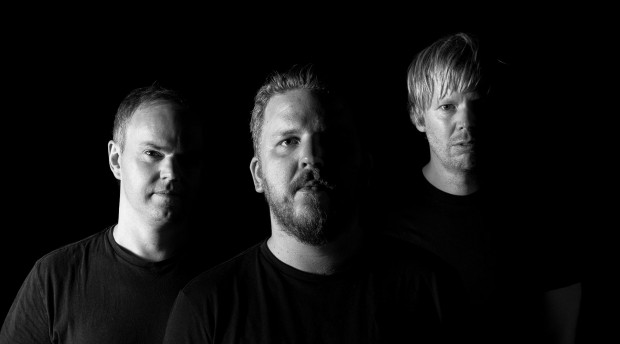 First, Before Dawn, now In the End of the Night – the first two albums by the Oddgeir Berg Trio essentially take place at the same time: The hours before the break of day, this unreal and meditative phase which the Portuguese call madrugada. Outwardly, not a lot has changed in terms of the music. In the End of the Night still features an equally withdrawn and cinematic sound, subliminally resonating grooves as well as the bittersweet harmonies of Oddgeir Berg’s piano. And yet, this album is definitely not without its surprises.

Not a year has passed since the Oddgeir Berg Trio presented its debut. On paper, it looked like the work of three hungry young instrumentalists. In truth, the individual members had long established themselves as top-notch session musicians on the Norwegian scene. The courage to ‘do their own thing’ has paid off: The album received rapturous reviews in publications worldwide, from All About Jazz to Japanese mag JazzSpace and Germany’s renowned Jazzthetik. On the ensuing tour, the band managed to magically translate the sound of this unique record to the stage. At the same time, they also opened themselves up to experimentation. Some of the results have now found their way to the new album.

In the End of the Night certainly seems to be inspired by the suspenseful tight rope act of the live gigs. On the one hand, pieces like “List” still feature the recognizably intimate interaction between Berg, bassist Karl-Joakim Wisløff and drummer Klaus Blomvik. On “The Escape”, meanwhile, the band add electronic sound effects to their palette, making Berg’s minimalist piano motives sound like an electro bass. It is opener “Vagabond”, however, which constitutes the most radical departure from routine here: For four minutes, the trio luxuriate in their characteristically dreamy melodies, before Wisløff suddenly unleashes hell, running his arco bass through a fuzz box and channeling the ghost of Jimy Hendrix.

As per last time, the band recorded in their very own Bonker Studio in Oslo. Even though they could have taken their time, all ten tracks were produced in a mere two days. The urgency shows how serious this group is about the basic creed of jazz: Looking for eternity in each passing moment. And yet, experience has taught the musicians of the Oddgeir Berg Trio that you cannot force these moments. You have to patiently wait for them to happen – even if it takes until the end of the night.