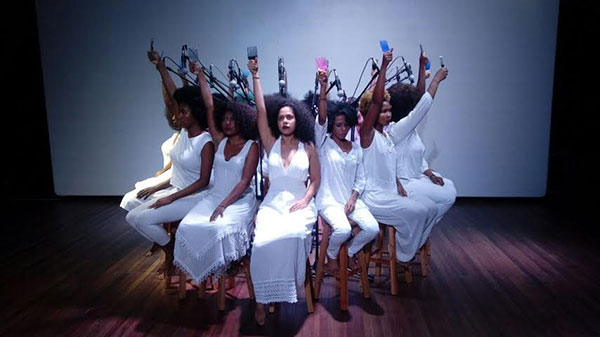 A part of: Listening to the Echoes of the South Atlantic

Satch Hoyt is a visual artist and musician, currently living in Berlin. His practice is related to the Transnational African Diaspora, and it is centered in the cultural and political role of sonicity. Most recently, his work has been presented, among others, in Respect: Hip Hop Style and Wisdom, Oakland Museum of California (2018); Dak’Art Biennial (2018) and Documenta 14 (2017). Recent performances include It’s After the End of the World in collaboration with Annika Larsson (2019) and Hair Combing Cycle (2017). Hoyt has composed a number of songs with Grace Jones; noteworthy is 7-Day Weekend, which is on the triple platinum soundtrack album of the Eddie Murphy movie Boomerang (1992). He is currently working on three albums: Afro-Sonic Mapping; Cleopatra’s Chariot with Earl Harvin; and a solo album.