«Pieces of a Man – the life, words and music of Gil Scott Heron»

by Jason Nemor Harden and Cliff A. Moustache 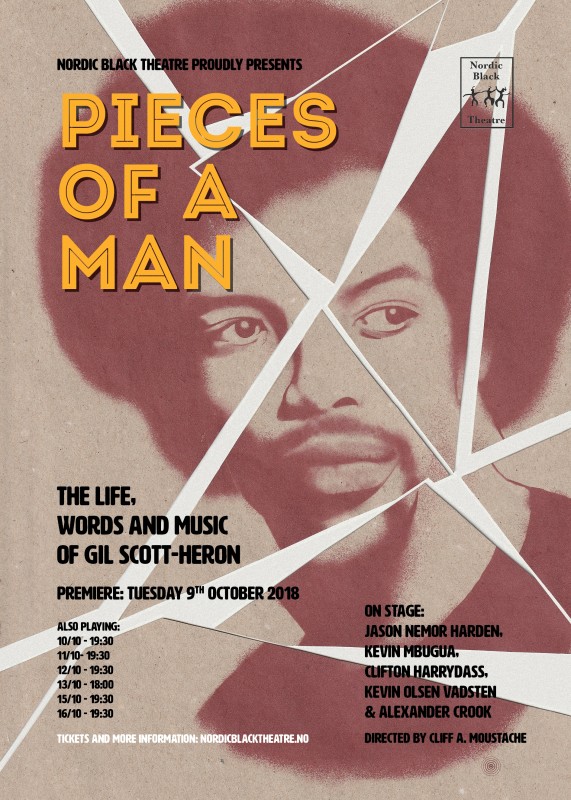 Gil Scott-Heron is well known for his mesmerising mix of poetry and politics, he became known as ‘the godfather of rap’ and ‘the black Bob Dylan’.  He was also a novelist and activist, with a huge influence on rap, soul, slam-poetry and modern music generally.
This play takes its title from a classic example of a Gil Scott-Heron track – it is poetic, political as well as being very emotionally touching for us the listeners.