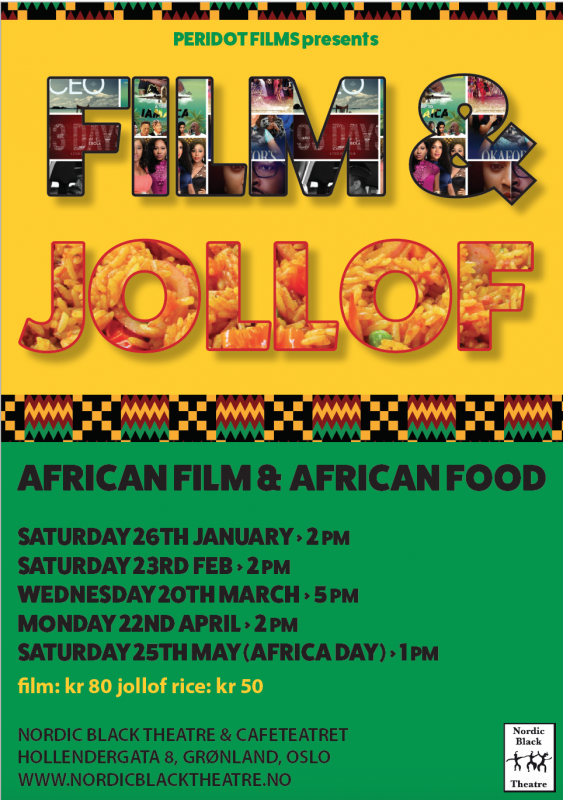 Film & Jollof presents a double bill for all those in Oslo this Easter.
and of course the most delicious Jollof Rice will be served!

14:00 – The Lost Cafe – the first Nigerian-Norwegian film that is filmed in both countries.
An uplifting story about a girl’s decision to rise above dark family secrets, heartbreak and culture shock to live her dreams abroad.
The Lost Café has won several international prizes.

16:30 – 93 Days
93 Days is a 2016 Nigerian drama thriller film directed and co-produced by Steve Gukas.[2] It tells the story of the 2014 Ebola outbreak in Nigeria and its successful containment by health workers from a Lagos hospital. It stars Bimbo Akintola, Danny Glover and Bimbo Manuel

Tickets are available on the door
Once a month Peridot Films show new and award winning African films and serve up delicious Jollof Rice and other african dishes! 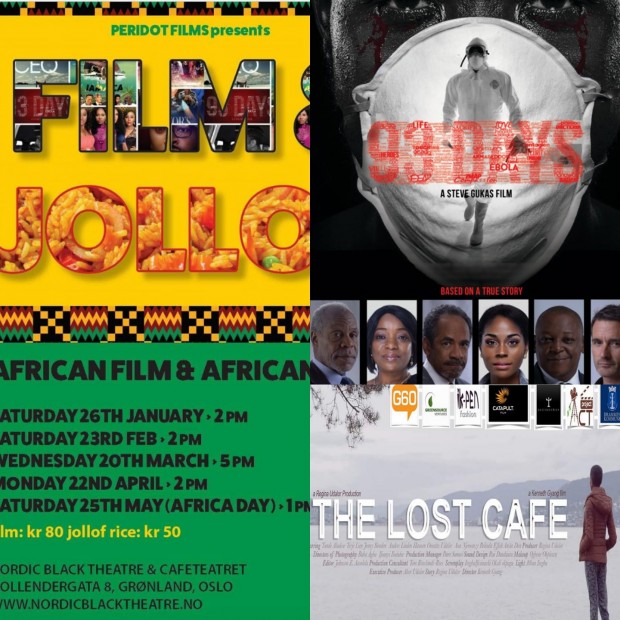 First session is on Saturday 26th January at 2pm