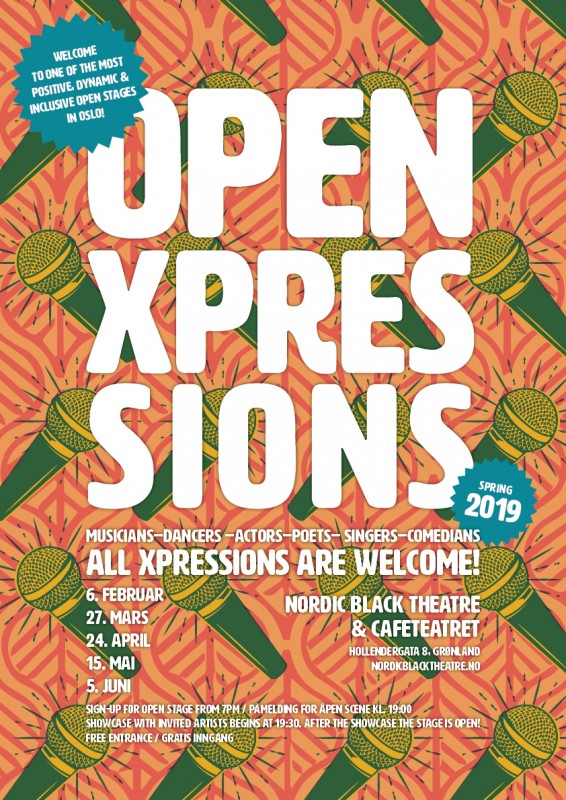 Welcome to one of the most positive, dynamic and inclusive open stages in Oslo!

Open Xpressions…..and Sheldon Blackman is back from Trinidad!
So xtra vibes guaranteed!

We have a fantastic showcase lined up with:

we start the showcase at 19:30 ish
____
Marimbondo Gigante
Suppose Jimi Hendrix didn’t die choking on his last meal at age 27, but instead took an incognito walkabout in Latin-America, resulting in the birth of the genre Tropical Rock. Marimbondo Gigante brings this meeting between rock and Latin-American rhythm to the northern hemisphere, with three-part harmonies and lyrics in English, Spanish and Portuguese.

Born as Alhagie Singateh in 1982 in a small riverine community in the hinterlands of The Gambia, Sing-a-teh started singing at a very tender age doing acapellas in street squares to performing at school events. Sing-a-teh was already on the track to creating a hobby that would eventually lead to a life-long passion for him.
He has recorded albums in the Gambia and the US and is currently recording new material in Norway